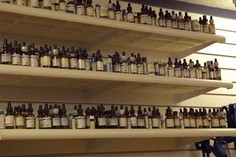 Homeopathy is a medical system of treatment that uses natural remedies to arouse and strengthen the natural capacity of the body to overcome disease. Homeopathic remedies mainly come from plant, animal and mineral sources. The most important aspect, however, is not the source of remedies but special method of preparation which involves repeated process of potentization, till the chemical properties of the substance to be used as remedy are totally eliminated. This systematic and calculated process of remedy preparation, introduced by German physician, Dr. Samuel Hahnemann, about two centuries back, has dual advantage:

Homeopathy is a system of medicine that treats ailments by administering highly diluted remedies in order to fight both diseases and their symptoms. It was developed over 200 years ago by a German physician, Samuel Hahnemann, and is still practiced today on every continent.

Homeopathy, also known as homeopathic medicine, is a whole medical system that was developed in Germany more than 200 years ago and has been practiced in the United States since the early 19th century. Homeopathy is used for wellness and prevention and to treat many diseases and conditions. 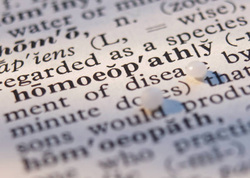 There is governance of a self-regulating force in the body. The concept of health, disease and cure revolves around this force. This force is responsible to maintain health and keep the body, its organs, and systems in perfect working order.


In health, it functions at its optimum and ensures that all the organs and systems perform harmoniously so that the individual may work towards the fulfillment of the high purpose of his creation.


In disease, it attempts to restore normal state. Disease is seen as central disturbance of this force. This is caused by its failure or inability to cope with external disease producing factors such as bacteria, virus, environmental pollution, extremes of weather. Disease is recognized through signs and symptoms which are termed as body’s effort at self healing. The object of treatment is to bring this force to its former state of normal functioning through homeopathic doses.

“Homeopathy is a perfectly simple system of medicine, remaining always fixed principles as in its practice, which like the doctrine whereon it is based, if rightly apprehended will be found to be complete and therefore serviceable.”-  Dr. Samuel Hahnemann 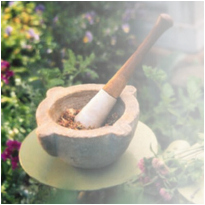 Classical Homeopathy is a practice of medicine according to Samuel Hahnemann’s doctrine and system of healing based on specific, comprehensible principles. Scrupulous adherence to all these principles as set out in Hahnemann’s Organon is practice of Classical Homeopathy.
Today there are many different theories and ideas about the use of homeopathic medicines, but the foundation and science of classical homeopathy emanates from Hahnemann, and is distinct. It is based on the recognition that health and disease depend on individual’s life force (that is vitality or dynamic energy) state of susceptibility and inherited predispositions.
Classical Homeopaths treat the whole totality of the individual, not isolated symptoms. This involves investigating and evaluating all the subjective and objective symptoms of the patient in context of their circumstances and environment. The symptoms that characterize the individual are used to form a picture of needed remedy. 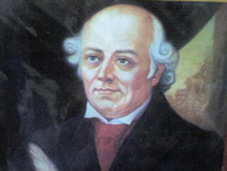 Dr. Samuel Hahnemann
“I believe I have discovered a system which will render the practice of medicine certain, and its success is brilliant. I have labored fifteen years to test my discovery. My own experiments and the testimony furnished by the records of medicine convince me of its truth. I lay it them before you, my colleagues, and I conjure you in the name of truth and interests of humanity, to investigate it, candidly and without prejudice. If experience should show you that my method is the best, then make use of it, for the benefit of mankind and give god the glory!”- Samuel Hahnemann, 1805


A BRIEF HISTORY OF HOMEOPATHY IN THE U.S

1845-1910   23 homeopathic medical schools established through US. A National medical

Convention meets New York to review “the problem of homeopathy”.

The American Medical Association founded as a guild of physicians protecting

The business interests of members, and as a direct counterpart to the American

Institute of Homeopathy. AMA launches a well-organised campaign to

Ostracize homeopathy and to dominate US medicine.

1849          Cholera Epidemic of “the South”. Homeopathy most successful treatment for

Membership for from any state and local medical organizations to which

Expels doctors who consult with homeopaths; allopaths married to homeopaths

1899      AMA claiming non-sectarianism, lures back homeopathic members and takes over

1910      American Institute attempts to strengthen its weakened position, but individual

1920      Hahnemann Medical College of Philadelphia survives but changes orientation to

1932      FDA grandfathers in homeopathic medicines on grounds they are safe and harmless.

1961-70  North American Homeopathy consigned to the annals of medical history.

1970      A resurgence in homeopathic practice begins.

1978      Conference of US homeopaths convenes at California Academy of Sciences.

Launch of International Foundation for Promotion of Homeopathy, to raise standards

of homeopathic practice and promote homeopathy throughout North America and